The Frisco BBQ Challenge Team heard your feedback, and in 2022, we are going back to the basics that you told us you love! The focus will be on great food and drink, quality live music, and spaces for family and friends to gather. We will also keep crowd favorites like pig races and the Bacon Burner 6k.

Don’t expect anything that distracts from the great food, music, and community that made you love the Frisco BBQ Challenge. This means that we won’t have bouncy houses, carnival style food, mechanical bulls, whiskey tours, chef demos, or cookoffs because our team’s attention needs to be on bringing this event back to the basics you love.

Know Before You Go

Check out the answers to these frequently asked Colorado BBQ Challenge questions in order to make the most out of your BBQ weekend.

Can I bring my favorite canine friend or any pet?

We love dogs in Frisco and that is why this is a no pet event. The mix of food and big crowds make the BBQ Challenge less than ideal for dogs (we know because we have dogs too). Also, this is the time of year when we get higher temperatures, so we implore dog owners to NOT leave their dogs in their cars. Leave Fido at home lounging on your sofa – he’ll thank you for it.

How much does it cost to attend the Colorado BBQ Challenge?

The event is free to attend. “Hogback” tickets serve as the currency of the event. Hogback tickets can be purchased with a credit card or cash at ticket booths located throughout the event site. Hogbacks are not available for sale online.  Hogbacks may then be used to purchase food, beverages, souvenirs, and children activities at the event.

How many tickets should I buy?

One Hogback = $1.00. Vendors and competitors set their own pricing for the food they are selling, so there is no set formula. However, it’s easy to spend between $15-$20 on a plate of amazing food, a beverage (non-alcoholic and adult available), and a dessert (hello chocolate-covered strawberries and banana skewers). There are many non-profit organizations, vendors, and activities up and down the street to patronize as well, so to avoid lines at ticket booths – we always encourage people to “round up” when purchasing sheets of Hogbacks. Hogback ticket purchases are non-refundable.

OK, I want to eat, drink and do fun stuff at this event! How do I purchase tickets?

Tickets are on sale during the event at ticket booths located throughout the event. Paying with cash tends to go more quickly, but credit and debit cards are accepted.

What do I do if I find leftover hogbacks in my pocket on Saturday evening after the event?

The Information Center will have limited hours on some holidays and will be closed on January 1, Thanksgiving Day, and December 24 & 25. 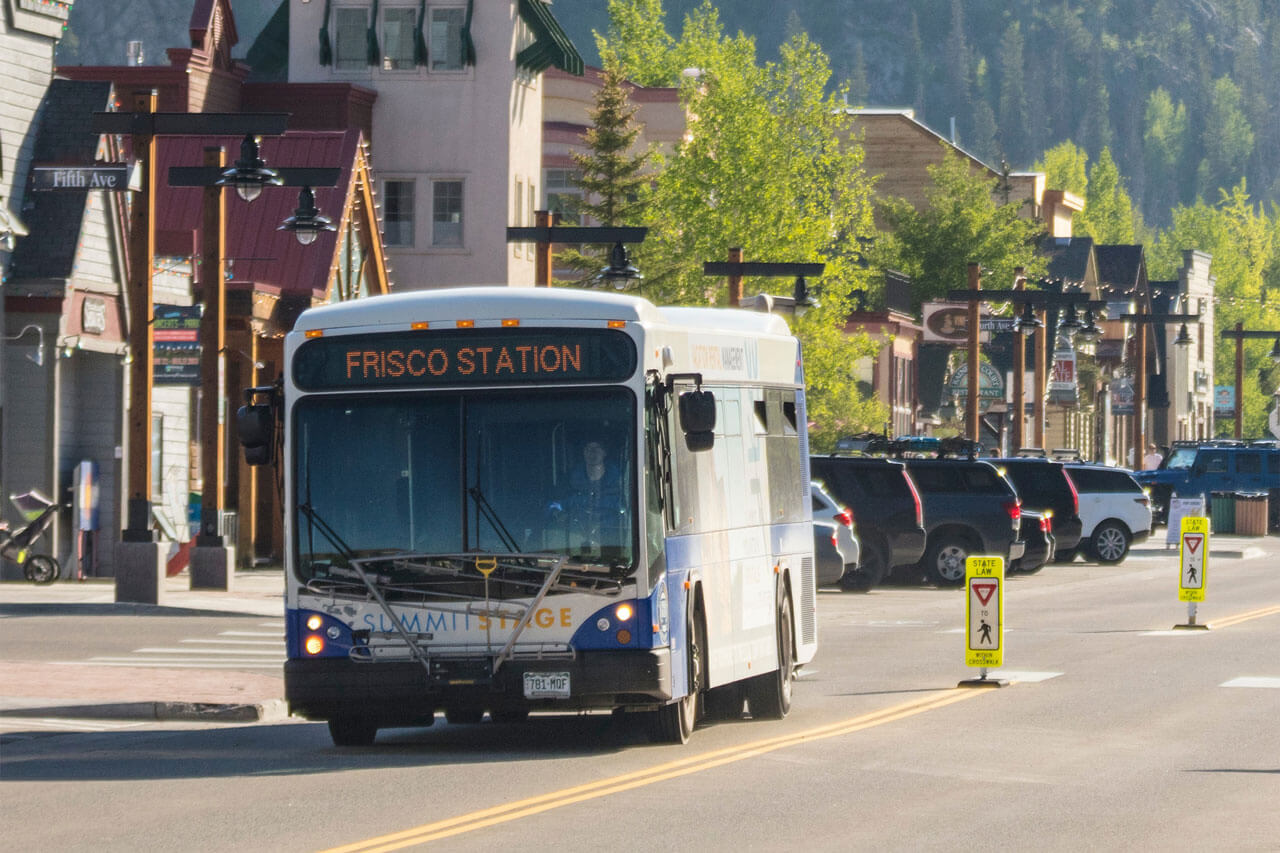 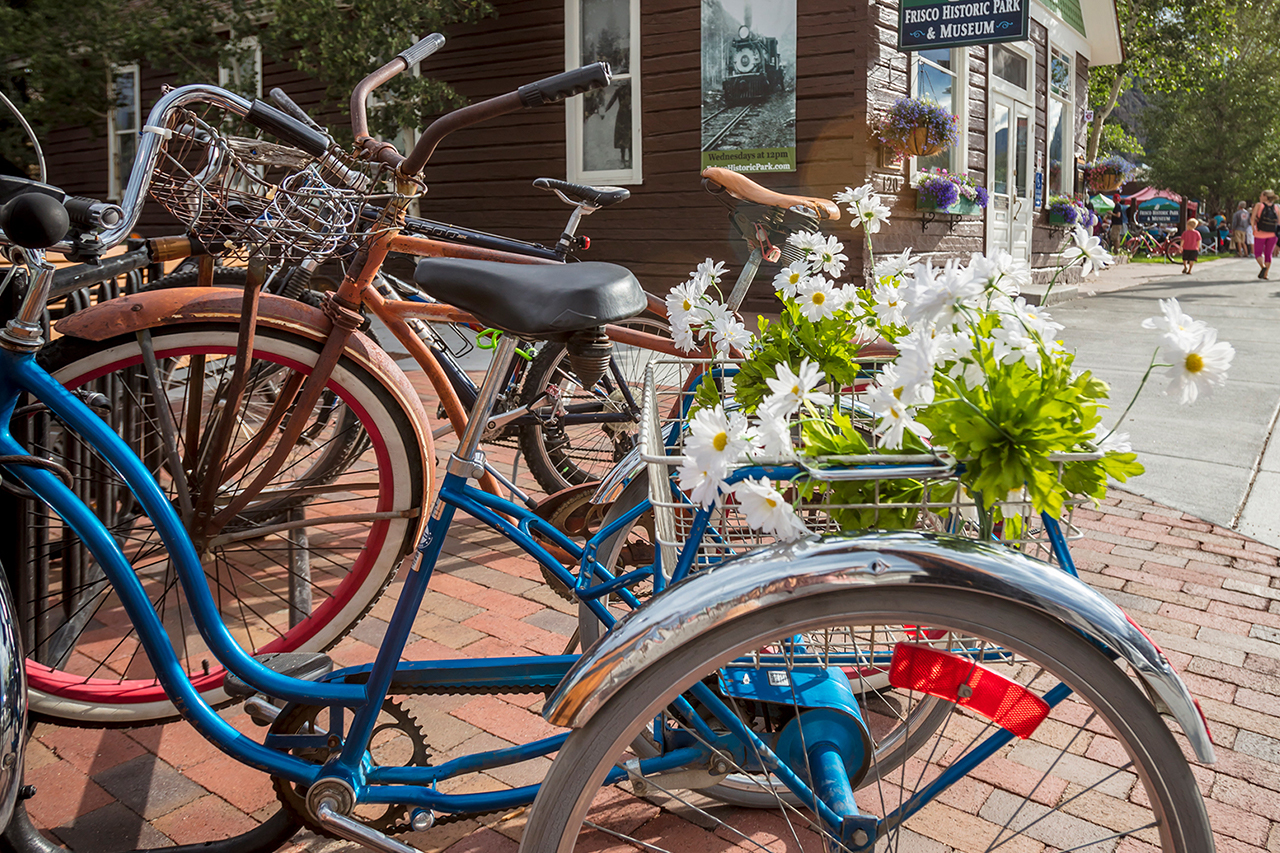 Additional parking is located on the side streets surrounding the BBQ Challenge event site, but fills very quickly.

The Summit Stage offers free bus service around Summit County and Frisco serves as a hub for this service. Grab a hard copy of the bus schedule at the Frisco/Copper Information Center located at the corner of 3rd Avenue & Main Street or check out their online schedule.

Pedal your way to BBQ bliss and park your bike at one of several bicycle racks located at the Frisco Historic Park, Visitor Information Center, and other locations around town. Just remember to bring your own bike locks.

The Paved Recreation Path boasts 55 miles of biking, walking, and running opportunities and is a great way to get to the BBQ from neighboring towns as well.

How did a BBQ festival start in Frisco?

The first official state BBQ challenge was held in Frisco, Colorado in 1993, with only 12 teams – split almost 50-50 between Frisco-area professional and amateur chefs. During the first few years, the event was held in the Historic Park eventually growing to encompass two blocks of Main Street. Now in its 27th year, our event extends over six blocks of Main Street and can attract over 30,000 people.

Over the past 22 years the Town of Frisco has partnered with six non-profits to put on the event and has raised over $800,000 for those organizations. The BBQ Challenge creates an outlet for other local non-profits to raise funds for their organization. For the 2020 BBQ Challenge the Town of Frisco is partnering with Mountain Mentors, the Summit County Restaurant Association, the Summit County Chamber of Commerce, High Country Conservation, Advocates for Victims of Assault and Women of the Summit.

The Colorado BBQ Challenge is a Kansas City Barbeque Society (KCBS)-sanctioned competition. KCBS sanctions BBQ and Grilling competitions across the U.S. and promotes barbeque as America’s cuisine. In addition, KCBS has an extensive Certified Barbeque Judging program. It is the largest society of barbeque enthusiasts in the world. Winners of the Colorado BBQ Challenge in Frisco are eligible to compete in the American Royal – the “World Series” of Barbecue.

Stop in and enjoy the Frisco Historic Park and Mus

Come visit the Frisco Adventure Park where the sno

Counting down the days until @coppermtn opens! Joi